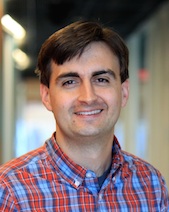 Owen Arden is an Assistant Professor of Computer Science and Engineering at UC Santa Cruz. He received his Ph.D. in Computer Science in 2017 from Cornell University. His research develops languages and protocols that make it easier to build systems with strong security guarantees. Previously he worked as Global Network Vulnerability Analyst for the National Security Agency, and in 2007 received a National Intelligence Meritorious Unit Citation. He was a recipient of the NDSEG fellowship in 2011 and was awarded an NSF CAREER grant in 2018. He is currently serving as a member of the DARPA ISAT study group.